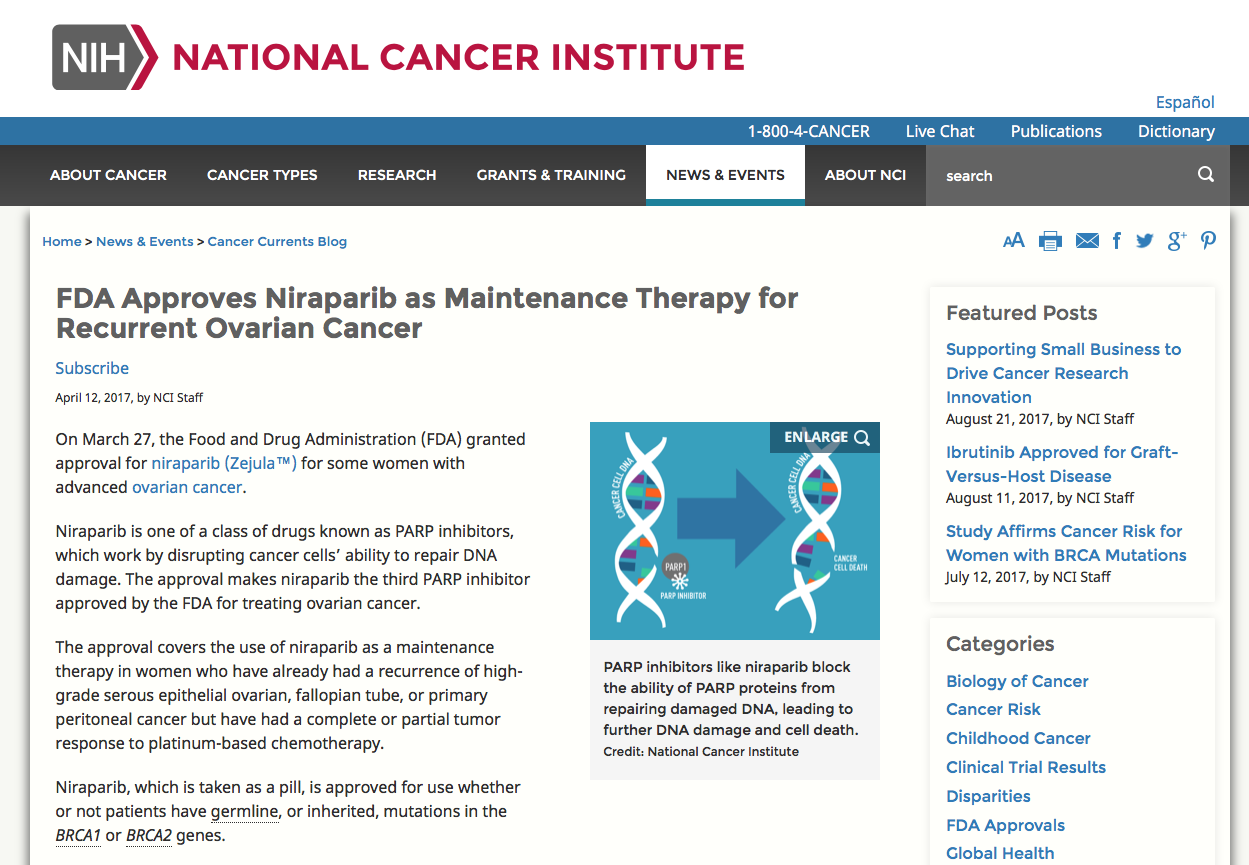 Ovarian cancer is one of the more lethal cancers that women can develop. It is often associated with either inherent mutations in a woman’s own DNA, or mutations that develop within an ovarian cancer, that impairs the ability of your body to repair DNA breaks.

PARP (poly ADP-ribose polymerase) inhibitors are oral medications that further impair DNA repair, which can lead to cell instability and cancer death.  Niraparib is an oral PARP inhibitor that has recently been approved to treat patients with ovarian cancer who have received two prior treatments with platinum-based chemotherapy and had responded to their most recent treatment.

This could be considered a “maintenance therapy” to be given after chemotherapy to help the ovarian cancer from coming back.  Patients receiving niraparib had 21 month average time until progression vs 5.5 months for those not receiving niraparib.   It was effective in patients who had DNR repair mutations (BRCA mutations) and in those who did not have BRCA mutations. It was relatively well tolerated, with main effects of low blood counts, fatigue, GI issues.  The FDA approved niraparib for treatment of recurrent ovarian cancer in April, 2017.

Read more about Niraparib at this link at National Institutes of Health National Cancer Institute.