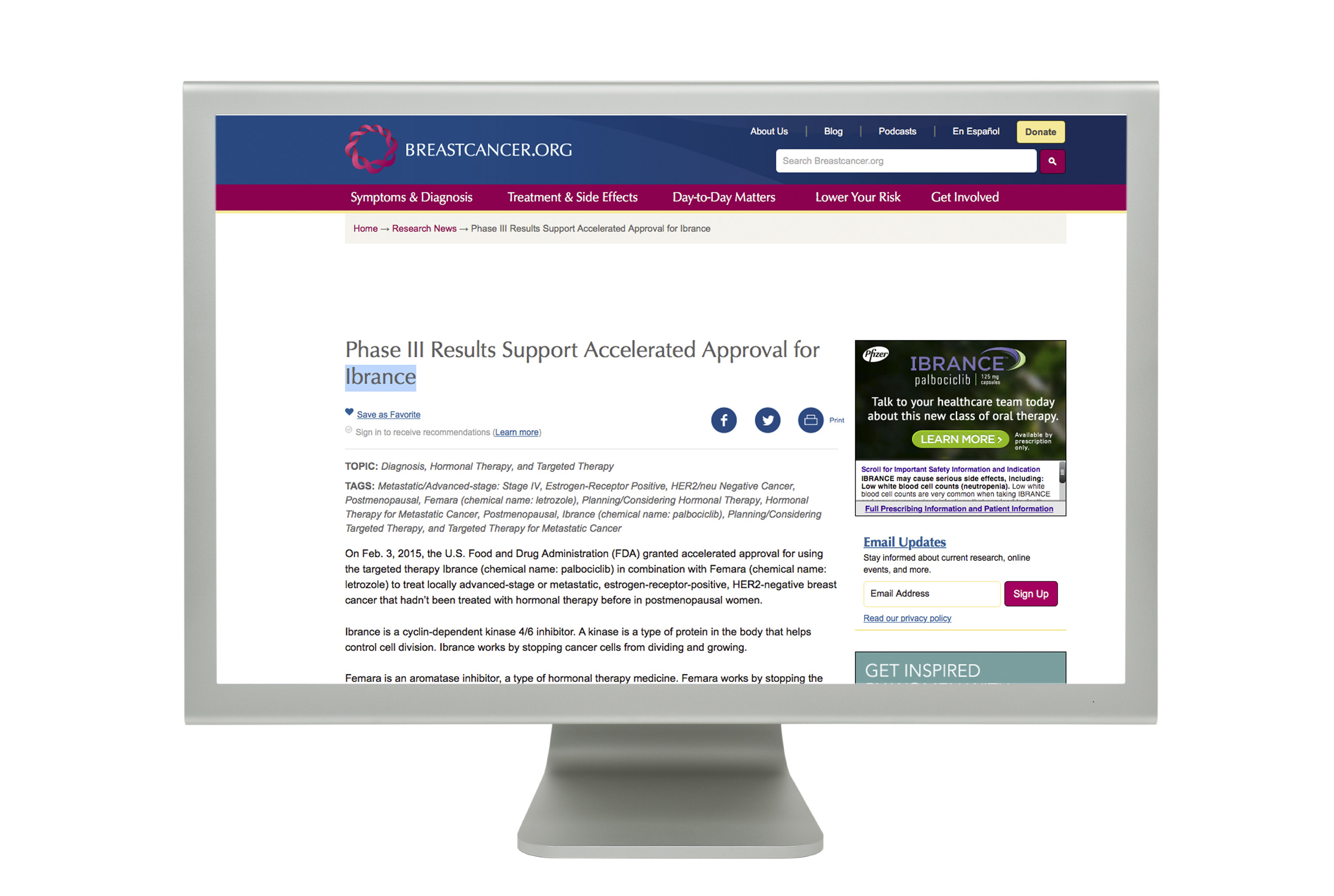 Palbociclib is an oral drug that inhibits cell cycle growth by blocking cells from initiating initial switch to the growth cycle of cells though CDK4 (Cyclin D-Dependent Kinase) and CDK 6 inhibition. This drug has been found to be especially potent when combined with hormonal inhibitors (such as femara) and was actually approved for treatment of initial hormone-positive, Her-2 negative metastatic breast cancer in 2015. This approval was based on a small study, so a large randomized study was conducted to confirm efficacy. In the PALOMA-2 trial, patients were randomized to receive either letrozole with placebo or letrozole with palbociclib. In over 600 women, the combination with palbociclib stopped cancer growth for an average of 24.8 months compared to 14.5 months in patients only taking letrozole. The combination was well tolerated with the main side effect being lowering of the white count. This progression-free survival benefit of over 10 months is longer than that seen in any other randomized study involving advanced breast cancer. This combination is considered the standard of care now for most patients initially presenting with metastatic hormone-positive breast cancer, meaning these patients can often avoid chemotherapy initially. These results were published in the New England Journal of Medicine November 2016.

For more information on Palbociclib, please click to see the complete article at BreastCancer.org